What does a Mediterranean Diet do to diabetes risk? 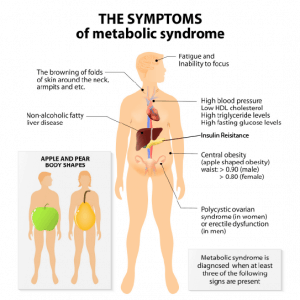 First, let’s look at what metabolic syndrome is.  Metabolic syndrome is a pre-drome for diabetes are heart disease.  It is simply the syndrome of central obesity, elevated blood pressure, insulin resistance, abnormal cholesterol levels, and truncal or central obesity.  The pre-drome or precursor to diabetes and heart disease is at epidemic levels in the United States and is the warning shot across our bow that we are going to have a potential health care crisis in 10-20 years.

In researching nuts a few days ago, I came across a published article from 2014 that caught my attention.  This journal article was published in the Candian Medical Journal and highlighted the finding from a secondary analysis of the PREDIMED trial[1].  This study was a multicentre, randomized trial done between October 2003 and December 2010 that involved men and women (age 55–80 yr) at high risk for cardiovascular disease.  The Spanish researchers involved in this study evaluated 5801 men and women participants of with 64% of them showed signs of metabolic syndrome at the onset of the study.  The subjects were placed in one of three groups with a Mediterranean diet supplemented with extra-virgin olive oil, a Mediterranean diet supplemented with nuts or advice on following a low-fat diet (the control group).  The latter group is consistent with the typical American diet and current recommendations from the USDA and most healthy groups in the United States. 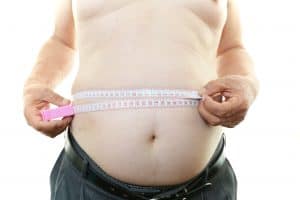 The bottom line: A Mediterranean diet supplemented with either extra virgin olive oil or nuts does not appear to stop patients from acquiring metabolic syndrome, but such diets are more likely to cause a reversal of the condition if you already have it.  Researchers postulated that “An energy-unrestricted Mediterranean diet may be useful in reducing the risks of central obesity and hyperglycemia in people at high risk of cardiovascular disease.[2]”  I would suspect that if you control your weight and caloric intake and also add an energy-unrestricted Mediterranean diet that you might be more successful at reducing your metabolic syndrome risk if you do not already have it.  Further research is needed in this area because it was not the primary focus of the study.

Breakfast and Weight Loss: What is the Skinny about Breakfast?

Be the first to comment on "Can a diet high in nuts and olive oil lower your risk or reverse metabolic syndrome?"