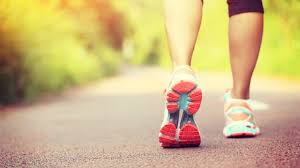 We all know that weight loss is a simple concept that is hard to implement and maintain.  For you to lose weight you need to eat less or exercise more and optimally, you should do both.  The research supporting the benefits of regular exercise and eating less is overwhelming and undeniable.  I do not think there is a single individual that would argue that regular exercise and a healthy diet is anything but good for you and your health.

If you are like me, you have very little time to dedicate to exercise. I don’t have the time or the desire to spend the money to invest in a gym membership.  In the past, I have purchased a membership and failed to use it regularly.  The question I always have is if I can insert steps into my day at work and get short bouts of exercise will it make a difference in my body fat and fitness level?

Most exercise guidelines, like those written by the American Heart Association, suggest that we get at least 30 minutes of moderate and/or vigorous physical activity five days a week. That is a total of 150 minutes of exercise a week. Could folding clothes, doing calisthenics between meetings, shoveling snow, washing dishes, raking the leaves, lugging laundry up the stairs, or pacing while chatting on the phone be as effective as a workout in the gym?  Can these activities add to fitness if those short bursts of activity add up to 30 minutes a day?

Research on shorter bouts of exercise:

The bottom line: Although longer periods of exercise is preferred and I am by no means saying that shorter bouts are better, shorter bursts of exercise are a legitimate option for those who struggle to find time to exercise.  It appears that shorter bouts of exercise provide the same benefits regardless of the intensity.  Exercise in smaller chunks may also increase adherence to a diet and exercise plan, and that is a good thing.  Short bursts of physical activity appear to be as good for health as longer workouts and “every minute counts” toward better health so enjoy your 10-minute mini-plans in addition to your longer workouts.

Be the first to comment on "Research: Can Shorter Bouts of Exercise Help Fitness and Fat Loss?"