Manufacturers and USDA have conspired for decades to make us fat. 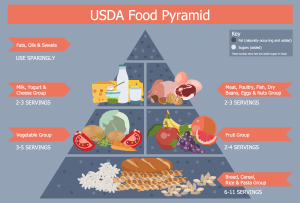 Imagine, a foreign power planning to infiltrate our government and conspiring to alter our food recommendations to encourage our citizens to eat unhealthy food choices.  The spies change our food guidelines to make us sick and weak so we are no longer able to fight back or produce products to compete in the global market.  Now, we are no longer able to win wars and our country begins to decline.  I know this sounds like a ridiculous conspiracy theory.  I came up with it after reading an article on Natural News on the conspiracy to resist vegan mayonnaise by the United States Department of Agriculture (USDA) and the Food and Drug Administration (FDA)[1].

For as long as I have been alive, the USDA and FDA have provided food and drug recommendations to the US public.  One such is the recommendation that we eat a high-carbohydrate, low-fat diet to remain healthy and prevent chronic illnesses like diabetes, metabolic syndrome, obesity and heart disease.   According to the Centers for Disease Control, more than 29 million of us currently have Diabetes type 2, and heart disease is skyrocketing despite following this advice.  Even though many of us have followed this advice, we are fatter and more unhealthy than ever before.   They may not be truly conspiring to make us fat, but they sure the heck are not helping.

We absolutely need to make changes, and the problem is more than what we eat.  The problem is deeper than just a dietary choice.  The problem is a combination of the lobbying and staffing of our government agencies.  Many of the lobbyists go from industry jobs to government jobs to lobbying lawmakers.  This job hopping creates a conflict of interest that we fail to acknowledge or just ignore.  I know you are questioning what is the problem is?  The problem is industry and lobbyists have a financial incentive to sell more product even if the product is terrible for you.  For decades, industry, lobbyists, lawmakers, and bureaucrats have ignored the scientific evidence that the low-fat, high-carbohydrate diet does not work. 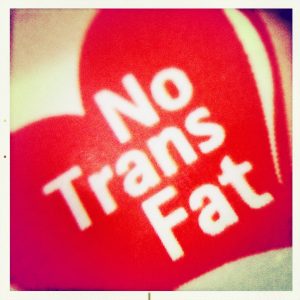 In the 1980s, I remember the dietary guidelines that were explicitly designed to reduce heart disease.  These guidelines were the same ones I was taught in the 1990s in medical school.  They were based on epidemiological studies that were from the 1940s-60s.  The suggestion from these studies was a straightforward one: reduce your saturated fat from dairy and red meat.  It seemed so straightforward and clean cut, but the problem was the research was tainted.  As we eventually found out, the increase in heart disease was due, at least in part, to trans fats from partially hydrogenated oils.  Why did it take so long to determine this link?  The USDA and the scientific community had a vested interest to keep the blinders on and continue the status quo.  These blinders were what kept the researchers from seeing that which was obvious: saturated fat was not the problem.

So, why are the guidelines making us fatter?  The problem is the high-carbohydrate diet.  For years, the guidelines recommended a higher carbohydrate diet without suggesting a low-sugar diet.  Higher carbohydrate diets that are high in processed ingredients lead to a rapid absorption of the sugars after digestion.  This change leads to a spike in insulin which not only leads to an increase in fat deposition, it also increases your appetite.  These changes create a cycle that ballons your waistline.  As I said, they may not be truly conspiring to make us fat, but they sure the heck were not helping.  The unhealthy suggestions are likely because of incompetence and laziness and not a conspiracy.  The problem is that these suggestions and guidelines have harmed millions of Americans over the last 50 years.  It is highly unfortunate that it continues today.

What’s next?  It is highly unfortunate that experts continue to push these guidelines today.  Dieticians, medical providers, and researchers continue to perform research that is flawed.  You have to look no further than two areas of research: fat intake and the move more, eat less research.  Much of this research is encouraged by both industry and government agencies.  Researchers refuse to accept the facts and that study after study continue to show the same thing:  eating less and exercising more and the low-fat diet do not work for weight loss or maintenance.

Before you send the guys with the huggy jackets and butterfly nets, I do not think this is an intentional conspiracy.  I present this as only food for thought.  The USDA and FDA have proven themselves unreliable.  The agencies are a group of individuals that have a bias based on prior experiences and the lobbying from outside industry.  Take any suggestions with skepticism and do your own research.

The bottom line: We need to focus on eating healthy.  The USDA is subject to powerful outside pressure and their guidelines are suspect.  Food-based guidelines are often influenced by politics and not science.  No industry wants the government telling people to eat less of its products and they will use lobbying to prevent that from happening.

Weight Loss Tip: Prep Your Meals Ahead of Time

Be the first to comment on "Editorial: Conspiring to Make Us Fat?"