Wheatgrass is not a worthy addition to your diet! 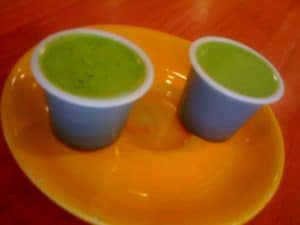 Many health nuts add a shot of this sprouted grain to their diet daily with little to no idea of what it actually is. Wheatgrass is a nutrient-rich type of young grass in the wheat family.  It is created by soaking or mechanically grinding it into water.  It’s sold as a dietary supplement in tablet, capsule, powder, and liquid forms.  You can purchase high priced wheatgrass shots and if often used for juicing or added to smoothies.   As indicated before, it can be expensive, and it begs to ask if it is worth the price?

To start, we are going to discuss the nutrition behind the product. Wheatgrass contains a plant compound called apigenin.  The compound is thought to work similarly to an antioxidant in preventing damage to the body’s cells. Wheatgrass does also contain a variety of nutrients, including vitamins A, C, and E and the minerals calcium, iron, and magnesium. It also contains 70 percent chlorophyll.  Chlorophyll is at much higher levels in wheatgrass than many green leafy vegetables we eat.

Wheatgrass fans say that its rich nutrient content boosts immunity and helps detoxify the body.  The problem is there is limited to no research to back up these claims.  In reality, you probably have all of the immune response you need to fight off infections and boosting it is not required.  As far as detoxification, your liver is more than capable of handling nearly any toxin you throw at it minus one or two.

Will wheatgrass help with weight loss?  Maybe.  I am sure adding it to your diet and limiting empty calories may help with weight loss.  Wheatgrass is generally considered safe, but There is no evidence to back up using it for weight loss, but it makes sense that if you replace Twinkies with wheatgrass, you will lose weight.   I would still recommend lettuce, spinach, or kale instead.  You will get just as much health benefit at a much lower cost.

The bottom line: Wheatgrass is not going to cure anything unless you intend to lighten your wallet.  There is limited to no research to back up the claims that wheatgrass helps your immunity or detoxification.  The nutritional value is not worth the price, and you do not need chlorophyll to function.  I suggest that you eat a balanced diet with plenty of fruits and vegetables instead.

Myth #7: Obesity is A Lack of Self Control

Be the first to comment on "Editorial: Just say no to wheatgrass"