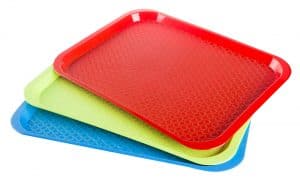 Before you start reading, I am fairly conservative and a Ronald Reagan fan.  I consider him to the be the best president in the 50 years I have been on this planet.  If this offends you, I suggest you stop reading now.  In preparing for this article, I read a few articles on the lobbies that tried to have ketchup and pizza declared a vegetable.  Various lobbies over the years have created an effort to get the US Department of Agriculture and Department of Education to recognize them as a vegetable.  They have lobbied Congress and government executives to benefit their cause.  The pizza and ketchup lobbies are just two examples.  These powerful lobbies have long pushed Congress to legislate their foods as being declared a vegetable.  The problem is that ketchup and pizza do not contain enough vegetable matter and even more critically, these foods are not healthy.  Both can be high in sugar, high fructose corn syrup, and various additives.   All of which, we are currently trying to encourage people to limit as a part of your diet.  We want people to eat more fruits and vegetables, but not if it ends up with more empty trays.

There are many foods that we should limit consumption.  Potatoes and corn, for example, have been misidentified as vegetables.  The farmers and food manufacturers would like nothing more than to lump that in with vegetables.  They want to confuse the public that they should increase their consumptions of these little delights.  Corn and potatoes may be grown on a plant, but they have more in common with a grain or bread than they do with a true vegetable.  They are full of easily digestible carbohydrates and often potatoes are fried in some fatty substance.

In this case, the USDA was proposing these changes as part of the subsidized school lunch program.  Michele Obama pushed for changes that were very unpopular and many of them my son said he would rather eat his shoe than 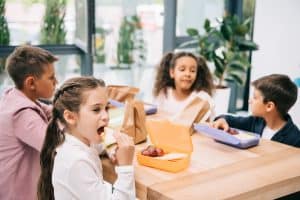 the food they were serving.  He would rather bring his own lunch than ever eat the less than palatable options served at the public school under the Obama program.  Before you make an assumption, my son is skinny and eats very healthy.  I have educated him about healthy eating and even with that, he would rather eat anything but the school lunches served during the Obama era.  During this period, school lunch programs could receive funds that would make many of the lunches free as long as they met the criteria they deemed as being healthy.  Many of these healthy lunches ended up being dumped in the trash.  What good is all this funding if it ends up in the landfill?  USDA requirements have gone too far, cost too much, and what good are they when the food is wasted.

In the 1980s, the liberal press vilified Ronald Reagan for “declaring ketchup a vegetable.”  The problem is Reagan did no such thing.  He originally did it as a pseudo-joke and then he walked it back after the press got a hold of it and used it to push their agenda.  The story is a wives tale of fake news created by liberals to undermine the efforts of the Presidency to cut 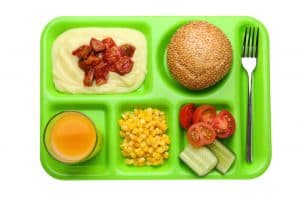 I was in high school in the 1980s.  I remember the school lunch that I ate fondly.  The pseudo-burgers made with what I think was a meat-soy mixture.  Many of the school lunches were becoming privatized not to meet nutrition guidelines but save money.  They were pushed by nutritionists at the Department of Agriculture to began to redefine or recategorized the nutritional status of certain foods.  At this time, some of the recommendations made sense.  Some were ridiculous.  The idea that condiments like pickle relish and ketchup were vegetables still makes me laugh today.

The majority of Americans do not eat enough fruits and vegetables.  They have lobbied for ketchup and other ridiculous foods that are considered vegetables.  There are lots of food that we should cut back on but drastic measures do not work.  Think of the prohibition of alcohol and how unsuccessful this attempt to outlaw the consumption and sales of alcohol turned out to be.  Gin joints opened up all across the United States.  Stills were popping up all across the rural areas of America and drivers were transporting alcohol.  Where there is a will to eat pizza, there will be a black market to produce it.  Do we really want our kids sneaking pizza into school to give another child that pizza fixes they really need?

The bottom line: Weight loss and healthy eating are more than a single food or food group.  To develop a healthy lifestyle, you need to learn healthy habits.  Con-Agra, the food lobby, will continue to push for their foods to be named vegetables.  I hope the USDA continues to resist the temptation created by the lobbyists, but school foods need to be foods kids will eat.  We need to promote a healthy lifestyle but prohibition style pronouncements and demands will only further turn the public off.  Education is the right way and a more subtle approach to social change will lead to a higher degree of success.

Editorial: Soy milk may not be the answer.