A few days ago, I drank a regular soda for the first time in nearly 47 months and….… 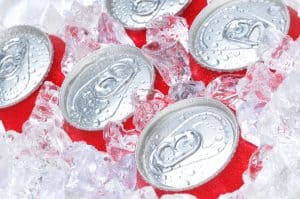 Yes, you read that right.  I have not had a sugar-sweetened drink in nearly four years.  It is a conscious decision I made to avoid these damn drinks.  It was the mainstay of my dietary technique.  Heck, about two months ago, I reduced my soda consumption to less than a soda a week.  I have done my best to avoid all artificial and sugar sweeteners.  I still have an occasional diet soda, and I am not stalwart enough to avoid them in some products such as ketchup.

After nearly two months, I am noticing that I feel much better and then I had to go ahead and have one and ruin a near-perfect streak.  I had just done some work outside.  I cam inside, and the damn thing was staring at me as I looked into the refrigerator.  I could hear it calling out to me. It said: “Drink me.  I am so refreshing and the perfect drink after that work.”    The temptation was too great, so I gave in.  After years of dieting, exercising, avoiding sugar, and constant sacrifice, I took one turn and risked it all.  A little over a year ago, I had reached my goal weight.  However, I still feel like a hostage to my sugar addiction.

Sugar is very addictive.  In college, I would drink several cases a week to keep me awake while studying.  I was a huge soda junkie so retraining my mind and body not to crave it anymore was by far the hardest thing I had to do.  It has been shown to light up endorphin receptors in the brain much as heroin or opiate do.  This trigger is the big reason why sugar is so hard to quit and its addiction is unlike other drugs it’s socially and is pushed by our government and on just about any commercial you will see on children’s TV.  It is so acceptable that you can find it in just about every store in an ample supply at the check-out line.  Worse of all, it is going to be a major temptation for the rest of your life.  The worst thing about soda is that it is not only full of sugar but we have tied it cool and refreshing flavor to relaxing.

After college, I recognized that I needed to quit, so I moved to diet soda.  The problem was that the artificial sweeteners dot help me feel better.  After years of struggling, nearly four years ago, I cut out soda and found the light.  The weight began to fly off of me.  After I lost all the weight, every time I saw soda, diet or otherwise, I would have no problem resisting.  Each time I resisted the urge to have a soda, my willpower became stronger and stronger.  The question, I have now is will one lapse make it easier to lapse again and again.

To be honest, I am scared that I will gain the weight back.  I might start craving this evil drink again.  I really hope this addiction does not return and it is truly a thing of days past.  The small craving I feel is real, but my body let me know that I did not want that stuff again.  It made me feel lousy.  I liked the caffeine, but the sugar made me nauseated.  It was too sweet.   I went on a diet to lose weight, and I intended never to gain it back.  Sugar-sweetened beverages are definitely not a part of my new life.   I have discovered a new way to eat and live healthy in which I had not idea would make me feel so much better.   Lifestyle change truly is an essential part of lasting weight loss.

The bottom line: A single lapse does not have to end my successful trip.  We just need to step back on that horse and head back toward the successful path we had for the last four years.

Be the first to comment on "Editorial: Soda – the Bain of my existence."