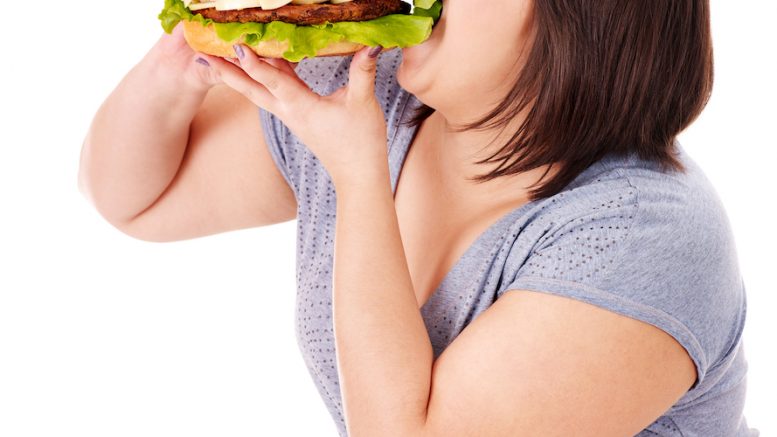 Ghrelin: The Gremlin of Hunger Hormones

If you talk to the average American, they have heard of adrenalin, insulin, and cortisol.  If you mention grhelin, they will probably think it was a corny 1980s film about little creatures that you should not feed at night or give water.  This one is almost as sinister and is definitely one of the reasons Americans are so fat.

What is the function of  Ghrelin?

Ghrelin is an appetite stimulator.  The hormone is released primarily in the stomach and evidence indicats it signals the brain to increase hunger.  So. ghrelin is a participant in regulating the complex process of energy homeostasis by adjusting energy input through hunger signals between the brain and the stomach.  Although, ghrelin is not a newly discovered hormone, we are just starting to understand how it works.  Ghrelin levels increase when you under eat and levels are low when you overeat.  Of note, ghrelin levels have been found to increase in patients with anorexia nervosa and decrease in those who are obese.  There is conflicting evidence, but is believed that the stretch of the stomach reduces the release of ghrelin. 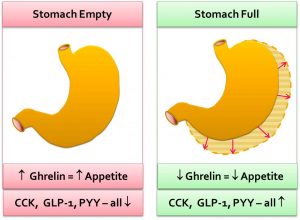 Researchers have suggested that ghrelin levels play a big role in determining how quickly hunger comes back after we eat. Normally, ghrelin levels go up dramatically before you eat; this signals hunger. They then go down for about three hours after a meal.

Ghrelin is a polypeptide hormone that is produced mostly in the stomach and small intestine. It has been called the “hunger hormone” because of its role in controlling appetite, but even though it has other functions, we are mostly interested in the appetite related function.

How Does Ghrelin Work?

Ghrelin serves many purposes, but the one most commonly talked about is its ability to stimulate increased appetite, causing an individual to digest more food and store more fat.  In fact, when given artificially, both body mass and body fat increase1,2.  Not only does it increase weight and body fat, it also increases feeding activity and the level of feeding is dose dependent3,4.  The levels of ghrelin are highest right before a meal and lowest right after5.  The hormone is released by the stomach when it is empty to signal the hypothalamus, the part of the brain that controls appetite, and also may act on regions of the brain that control reward processing. 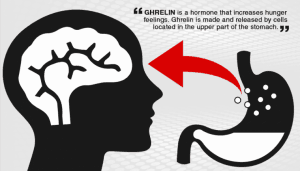 The interesting thing about ghrelin is that sleep has an effect on ghrelin levels.  As sleep levels increase, ghrelin and obesity levels decrease6,7.  The key point is that obesity decreases with adequate sleep and ghrelin levels may have something to do with it.

Because ghrelin affects appetite, it can impact weight loss, especially when someone diets.  When someone is strictly controlling calories, ghrelin levels increase.  This causes the rebound of the pounds lost that happens right after a diet for many people. People who struggle with anorexia nervosa may also have high ghrelin levels, which occurs because of the body’s natural response to starvation.  This may play a part in dieters regaining weight.  The elevation in ghrelin and weight gain is less in those that have a slower weight loss.  I would take this as indication for moderation and gradual weight loss.

How can I naturally control ghrelin? 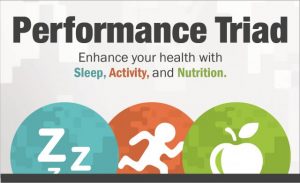 Performance Triad: A program pushed by the US Army has it right.

Research: Sleeping late may increase your risk of obesity