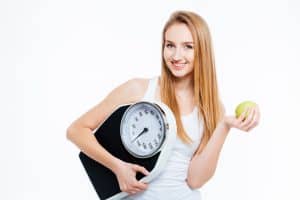 One of the most common errant statements is that main obstacle to weight control and loss is a lack of willpower.  I have seen many a failed attempt at weight loss in my 20-year medical career that is followed by grief and regret.  We all tend to blame ourselves for our failures.  The failure was not just due to a lack of willpower, but also it because we tend to slip back into our old habits.  Call it a form of the Chaos Theory.  Our metabolism favors weight gain because many of us are taught to plan for the next drought.  Plain and simple, if you slip back into your old eating pattern, you will gain the weight back.  I have struggled with my weight for over 30 years.  My struggle started about my junior year in college when years of poor dietary decisions like a diet rich in beer and pizza finally caught up with me.  At that time, I took a nutrition course and began studying the science of biochemistry and metabolism.  Every expert at that time suggested the eat less and exercise more along with willpower for weight loss.  Af first, this technique worked, but soon enough, my waist began to expand again.  To be honest, I often find myself thinking that the key to weight loss is discipline and motivation and if I fail it is due to a lacking in the same. 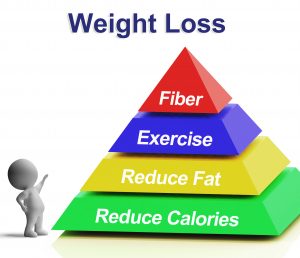 Will discipline and willpower prevent weight gain?  Yes and no.  The problem is even though we have all have the willpower to avoid weight gain, we have a constant barrage of stress to reduce our ability to resist temptations and temptation tend to thrust us back toward chaos.  One bad decision and we spiral out of control.  Overeating is the cause of most of the weight gain and regain, and the cure is more complex than just willpower.  Time and again, I see patients who beat themselves up when they gain weight because they see it as a lack of failure in willpower and they spiral downward and slip back into their old, unhealthy habits. The problem is that you will slip up and make a mistake no matter what you do.  There is no perfect road to weight loss.  They think that if they were just a little more disciplined or a little more motivated, they would finally be successful and the pounds would drop away.

The myth is that willpower is the key and it is not by any stretch of the imagination.  It is not about strength or discipline.  It is not about turning down treats and ignoring cravings.  The “all or nothing” mentality is actually what makes the cravings worse.  The problem is making good decisions and limiting access to the trigger and tempting foods that cause you to make poor decisions.  If your house has a supply of these foods, you will most certainly fail.  These foods are engineered to make sure you fail because they are loaded with the right mixture of fat, salt, and sugar to turn on the endorphin release and lead to binges.  Although you can 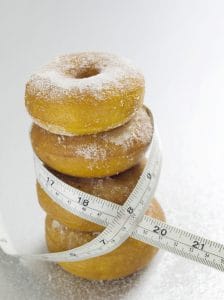 Doughnuts with a Measuring Tape

argue that it takes self-control and discipline not to buy these foods, the key is to set yourself up for success and shopping when you are less likely to make a poor decision.  If you believe willpower alone will cause weight loss, you are simply giving self-control far too much credit.  Self-discipline can only be successful in helping weight loss if it is equal or greater than the temptation.   It might be at first, but as you deny yourself the foods you want, your desire for them will grow.  The other problem is that the temptation is not equal because most modern processed foods are engineered to cause cravings.  The self-discipline needs to start by bringing the foods into your home, but if you do, you need to control the portion size and not just blanket avoid them.

Weight loss success or failure is not simply a reflection of their willpower.  Weight loss success is due to a complex relationship between biologic, genetic, environmental, metabolic factors.  These factors play into a person’s size and body weight.  For example, if someone has metabolic syndrome, it is harder for them to keep weight off.  The key for most is to avoid that which causes them to fail and it may or may not be willpower and to attribute it to a single cause is oversimplifying the problem.  To be successful, you will need to define your weight loss causes and limit them as much as you can.

The bottom line: Perseverance and discipline important for successful weight loss, but alone, they are not enough.  You must also set yourself up for success by controlling the temptations that are available.

Research: Turn out the lights and lose weight

Be the first to comment on "Myth: All You Need to Lose Weight is Willpower"