Organic foods are not any safer. 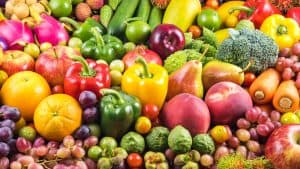 Most Americans believe that organic foods are healthier than food grown using conventional methods.  The problem is they are 100% incorrect.  The organic food industry is a huge racket, and they have a vested interest in making sure that you buy their products.  The business supporting belief is growing by leaps and bounds.  Many continue to buy them despite the higher price and lack of evidence that the products are superior in quality or safety.

So is there any evidence that contradicts this belief?  Yes.  Organic farmers actually do use pesticides.  Most of the organic farmers use natural pesticides.  You would think that the organic and regular products are grown worlds apart.   The problem is that they are not.  They may only be separated by mere feet and if you think that the wind cannot carry a pesticide a few feet.  Also, pesticides, whether they are natural or not, are chemicals with the purpose of killing insects.  The natural versions are not as capable of killing insects, so more is required.  Also, the vegetables are smaller, and there is more of a loss.  This loss makes their purchase more costly.

One claim is that organic foods cause fewer food allergies.  A study from 2011 shows that this is far from being clear[1].  Animal studies carried out so far have demonstrated positive effects of an organic diet on weight, growth, fertility indices and immune system.  Recent human epidemiological studies associated consumption of organic foods with lower risks of allergies, whereas findings of human intervention studies were still ambiguous.  This result means that they could not find a correlation in human trials to back up the claim. 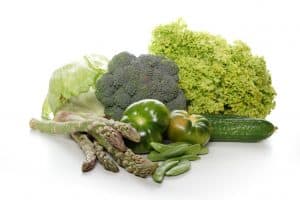 The organic pesticides may or may not be any less toxic[3].  The problem is that the organic cause is well marketed.  It is truly like a religious.  Ther is very little evidence that the foods are safer or superior but you are expected to accept them with our evidence.  One research study points for organic pesticides being carcinogenic (cancer causing agents)[4].  There are over 20 chemicals commonly used in the growing and processing of organic crops that are approved by the US Organic Standards.  The government isn’t keeping watch on organic pesticide and fungicide use.  Many organic pesticides that are also used by conventional farmers are used more intensively than synthetic ones due to their lower levels of effectiveness.  Many of the natural pesticides have been found to be the potential health risks but especially at the higher dose required to fend off the insects.

The bottom line:  Organic farms use pesticides, and many of the natural pesticides are more harmful than the synthetic ones.  Organic and conventional farms vary widely in this respect.  Some conventional farms use fewer pesticides than the organic farms.  To really know your risk, you must either know the farmer or grow it yourself.   I shop my local farmers market when foods are in season and I can as much as I am able.

Be the first to comment on "Myth: Organic Food is safer because of a lack of pesticides."