There is nothing magically about 10,000 steps 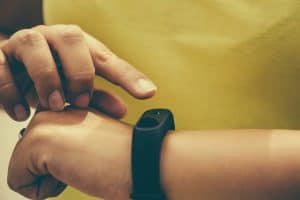 Today, it is near to impossible to walk the streets without finding a self-proclaimed expert that will swear that the key to weight loss and good health is getting 10,000 steps.  Nearly everyone has a smartphone or watch, and many of them are using it to track their exercise and steps.  The problem is that the goal of the mythical 10,000 steps in nothing more than a notional number that comes more from history than from a scientific study.

So what is the origin of this magic number?  You might be surprised to find out that the 10,000 step goal we worship today is a direct the result of a 1960s marketing campaign in Japan to sell more pedometers.  There was zero science behind the number, but it sure sounded great to hear that nice round number.   The goal has continued to be a part of using a pedometer and continues to be suggested as a goal by fitness experts worldwide.  In fact, many fitness monitor owners will become anxious if that little gadget does not reach 10,000 steps at the end of the day.  The question is whether the anxiety caused by a lower step count is warranted. 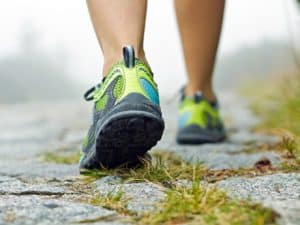 So, is there any research to support 10,000 steps.  Yes and no.  There is no magical number for fitness and weight loss.  That being said, there is research to indicate that getting 10,00o steps can help reduce your blood pressure and your risk for diabetes.  There is not a study out there that clearing shows that 10,000 steps are the essential number.

Is a smaller goal effective?  Absolutely.  A study in the British Medical Journal showed that a goal as little as 2,000 steps could make a significant impact on your health[1].  The study looked at over 500 adults over five years.  A higher daily step count at five-year follow-up than at baseline was associated with better insulin sensitivity and BMI.  This effect on the insulin sensitivity was like mediated through lower adiposity (BMI).

The bottom line:  Ten thousand steps is an arbitrary target.  There is a benefit even with smaller amounts of walking and the benefits increase with the more steps you walk each day.   There is a great feeling of accomplishment when your fitness tracker reaches a goal, but it does not have to be as high as 10,000 steps to reap a benefit.  I would suggest that you shoot for a target of 150 minutes a week instead.

My resolution or evolution: 2019