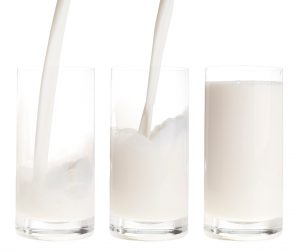 As obesity is becoming an increasing concern worldwide.  New drugs are being developed every day, and one recently peaked my interest.  This experimental drug is probably years away from being used on humans, but it could be very promising for weight loss and preventing weight gain.  The name is not important because it will change.  The mechanism is the interesting part fo this drug because it tricks your body into thinking it is exercising and makes it burn calories without the exertion.  Yes, you heard that right: you would be able to lose weight and burn more calories without exercising.  The means you would be able to eat more and avoid losing weight.

In the process of researching this experimental drug, I found an interesting research study released in August 2017.  The importance of this study is that it appears that dairy already has the effect of the experimental drug that is being tested.  The study looked at individual and combined effects of dairy and endurance exercise training in reducing weight gain and obesity in rodents model.  I usually do not like rodent models because we are not rats but this is promising.  The physiology of rats is very similar to humans so we should expect similar results in most mammals.

The study was an 8-week feeding intervention of a high-fat, high-sugar diet was used to induce obesity in male rats. The rats were then assigned to one of four groups for six weeks.  The groups were a casein sedentary, casein exercise, dairy sedentary, and dairy exercise groups.  Casein is a protein found in milk.  The rats were fed a diet that was rich in calories and should have induced weight gain.  The exercise rats were exercise trained by treadmill running five days per week.

The results revealed that dairy exercise group had less weight gain than either dairy or exercise alone.  The dairy also has significantly less weight gain than the casein alone group and a similar amount to the casein exercise group.  The degree of difference could not be explained by dietary intake of the rats.  What was different was the dairy groups has a higher amount of lipid excreted in their feces.

The bottom line: This study found dairy limits weight gain to a similar extent as exercise training alone, but the combined effects of exercise and dairy are higher than either intervention alone.  While exercise training reduces weight gain through increases in energy expenditure, dairy appears to increase lipid excretion in the feces.  More research is needed and I would like to see a human study but I do not want to gather all those stool samples.

Research: Walking Helps Weight Loss When You Are Dieting

Be the first to comment on "Research: Dairy may prevent weight gain similar to exercise"