Low and high carbohydrate intakes are tied to increase mortality. 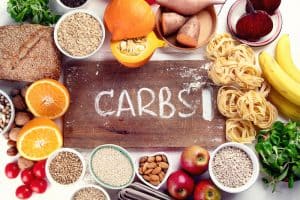 There is much disagreement about how much carbohydrates are recommended.  For years, American experts have recommended anywhere from 45-65% of your calorie intake from carbohydrates.  Some experts argue for a lower number, and others suggest higher numbers.  Who is right?  The answer will no less surprise you.

Low carbohydrate diets and those which restrict carbohydrate in favor of increased protein and/or fat intake.  They are a common and popular weight-loss strategy today for many Americans.  However, the long-term effect of carbohydrate reductions on your healthy is widely unknown.  The impact on mortality is controversial and could greatly depend on the source for remaining calories or even the source for carbohydrates that you decide to ingest.

The good news is that a recent study published in Lancet tackles this very concern[1].  The researchers sought to investigate the association between carbohydrate intake and mortality.  They did so by following over 15,000 adults in four US communities that were enrolled in the Atherosclerosis Risk in Communities study.  The study was performed in the late 1980s.   In particular, the researchers investigated the association between the percentage of energy from carbohydrate intake and all-cause mortality and whether the substitution of animal or plant sources of fat and protein for carbohydrate affected mortality.

The bottom line:  Both low and high carbohydrate diets were associated with a higher risk of mortality.  That being said, the source for the replacement calories matters.  Plant-based replacement calories reduce risk and animal-based fats increase risk.  If you are going to eat a low-carb diet, I recommend a blend of lean meats with plant products.  A high fiber whole food diet with 50-55% of your calories from carbohydrates appears to be the magic zone and is the key to health and weight loss success.

List: Ten tips to increasing coffee flavor without adding to your waist.

End to First Two Week of the Zero Sugar Diet

Be the first to comment on "Research: Extremes of carbohydrate intake tied to increased mortality"