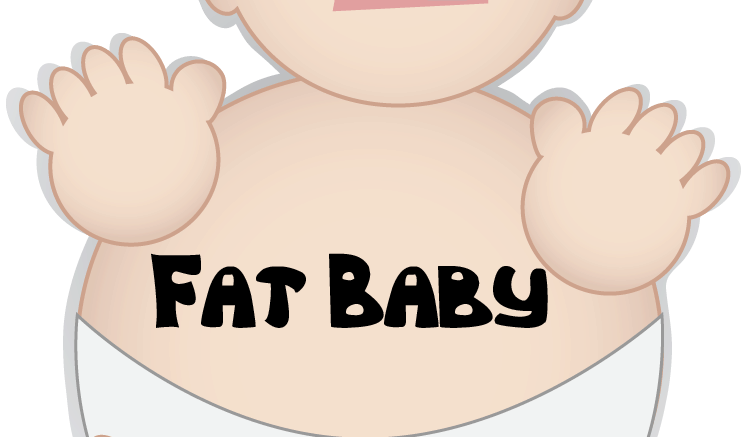 A mother’s body fat may affect her child’s risk of obesity.

It has been a common belief that obesity is mostly a learned behavior that children get from both parents.  In the past ten years, genetics has been increasingly blamed for obesity in individuals.  It has been postulated that the body mass index (BMI) and body fat of a mom during pregnancy have little impact on infants’ weight later in life and that the genes provided by both parents are more important than their actual weight.

New research has cast a shadow on this belief or has it?  A new study looked at the correlation between a mom’s BMI and the birth weight of her baby​[1]​.  The study found a strong relationship between the two.  This statement means that obese mothers will have larger babies.  That correlation only makes sense because obese mothers have more insulin resistance and should have a higher insult level, so they should have larger children.

So, does this mean they have obese children that will grow into obese adults?  The research does not rule this out or in.  There is substantial evidence for a genetic tie to obesity.  There is not a shred of proof in this study to indicate a relationship between the larger babies born with a higher BMI becoming obese children and adults.  I suspect that obesity in adolescence and adulthood is more complicated than this single cause.

Mom’s BMI is unlikely to be the single cause of obesity in her offspring since there is little correlation with body weight in childhood.  Although I am sure that obese parents are more likely to have obese offspring, I suspect that nature and nurture both play a role.  I do not think that having a fat mother in itself is a risk that will solely cause obesity.  Genetics and learned behavior also play a role.

The bottom line: This study needs follow-on research to look at genetics, social dynamics, and parental obesity (not just mom).   The study cannot determine causality so it is really just an interesting study that suggests more research needs to be done.

Be the first to comment on "Research: Fat Moms Have Bigger Babies"