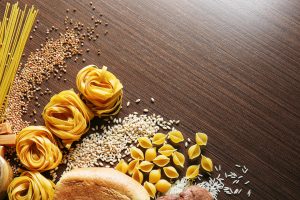 Scientists have long suspected that sugar is addictive.  You have to look no further than your children to see the effects.  They will gorge themselves to illness on sugar and cry for more when the post-sugar hangover wears off.  Researchers have continued to find increasing evidence that carbohydrates, in particular sugars, are tied to a higher rate of obesity.  Sugar is terrible for your, but we struggle to stop eating it.  Just like heroin, you are quickly hooked, you build up a tolerance and require higher levels to feel good, and you have withdrawal symptoms if you try to quit.  There is no doubt that sugar has addictive properties, but despite years of claims of the bad effects of fat, there is very little evidence that fat has similar addictive effects or is even a cause of obesity.

A new study appears to add to the concerns for fat consumption and clarify a potential mechanism.  The study was published in Cell Metabolism.  The researchers looked at data from 206 subjects.  The researchers looked at food macronutrient content intake and how it affects behavior and the results of an imaging study called a functional MRI.  The results revealed that not only did sugar cause the bodies reward centers to activate, but the combination of fat and sugar increased the effect.  The combination also caused an increase in intake.  The same increase in intake and imaging changes were not seen with fat alone, so this is not just an additive effect, and the effect is 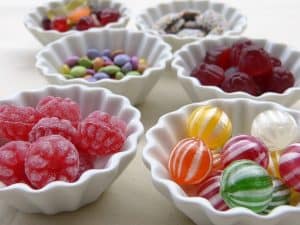 independent of whether a patient likes the food eaten.

So what does this mean?  The brains reward centers are the reason we have a strong desire to drink, take drugs, and have sex.  Some are unable to start once they have been exposed.  The reward signal increases our intake and magnifies the odds that we will eat more than we need and to the point of a deleterious effect.  These results also indicate that combining fat and sugar increases the reward value of foods independently of caloric load, liking, and portion size and disrupts the ability to accurately estimate the energy density of fatty foods.

The bottom line:  Fat potentiates the reward and addictive effects of sugar or carbohydrates.  Fat and carbohydrate interact to potentiate reward independently of food preference.  The results of the study provide the first demonstration that foods high in fat and carbohydrate are, calorie for calorie, valued more than foods containing only fat or carbohydrate alone.  This effect appears to be associated with greater recruitment of central reward circuits.  More research is needed to further illustrate the results and to clarify the mechanism.

Be the first to comment on "Research: Fats and carbohydrates potentiate over-consumption"