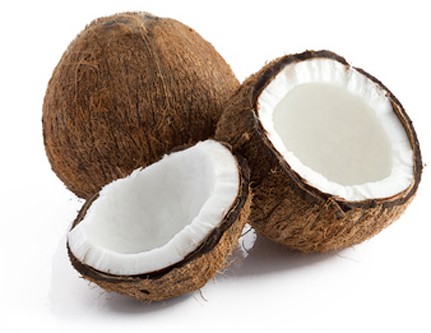 Almost everyone who is dieting wants to find a quick way to maximize weight loss. We all know there are no magic bullets to weight loss, but there are some things that might help us increase our weight loss were assist with maintenance.  Could coconut oil be one of those substances that can assist with weight loss?

Coconut oil is a liquid fat that is extracted from coconuts or Cocos nucifera fruit. Oil has many uses in our society.  It is a food additive it is often added as a moisturizer found in skin or hair products such as lotions, soaps, and shampoos.  Although it is added to food, there is no research to support adding it to foods to improve our skin.

Coconut oil has been vilified in the past because it is mostly saturated fat – 12 of 14 grams.  In the past, research pointed toward avoiding saturated fats to avoid heart disease.  It is true that saturated fats are tied to increased heart disease and increasing bad cholesterol, but recent research has pointed toward the bigger culprit of partially hydrogenated fats or trans fats.   The proof is quite the opposite and research backs it up because the culture in the pacific that has a high coconut intake has less cardiovascular disease​[1]​,​[2]​,​[3]​.

Even though the fats from coconuts are high in saturated fats, nearly two-thirds of the fatty acids are medium-chain triglycerides (fats) (MCT).  MCT are triglycerides or fatty acids with a carbon chain containing 6 – 12 carbon atoms.  Multiple studies suggest replacing calories with MCTs without exceeding daily caloric requirements can result in a small, but significant, increase in the rate of fat loss over time. This effect appears to be slightly more powerful in overweight people and less so in normal-weight individuals.

Coconut oil may also temporarily increase metabolic rate and the speed at which fats are broken down to release fatty acids, a process known as lipolysis. This effect occurs when coconut oil is first added to the diet and disappears after two weeks. Coconut oil also creates more ketone bodies than longer chain fatty acids when it is broken down. One study has provided evidence that this mechanism is what causes coconut oil to provide obese people with a muscle-preserving effect during caloric restriction. This effect has not been replicated in lean people.

The bottom line: Coconut oil is not perfect, but it can be a part of a healthy diet. It might even help you lose weight.