Is eating fewer carbohydrates the solution in your quest to lose weight? 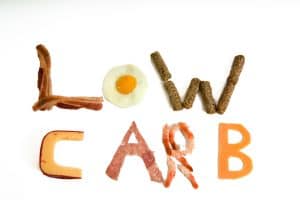 A low-carbohydrate or low-carb diet is a dietary plan that restricts carbohydrates.  Carbohydrates are found in food such as bread, cereals, grains, pasta, potatoes, and rice.  A low carbo is higher in protein and fat.  There are several different types of low-carb diets.  Some replace the carbohydrates with fat and others primarily replace it with protein.

Lower carbohydrate diets were all the craze for the past 20-30 years.  You could not walk into a gym and throw a rock without hitting someone who was on an Adkins diet or its brethren.  Today, the focus has shifted from the Adkin’s type diets to the keto diets, but these two diets only differ by the macronutrient replacing carbohydrates.  The goal of both diets is to reduce your carbohydrate consumption and send your body into ketosis.  The problem with both diets is that the research is hit and miss to support either diet, but more and more it begins to shift in support of the lower carbohydrate diets. 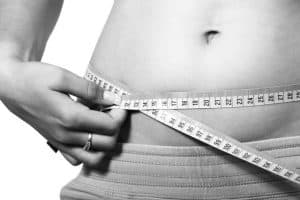 Losing weight is tough, but most dieters can lose weight.  Most will either lose some and get derailed from their journey or lose all the weight and just back on the weight gain train after they lose the weight they want.  The result is most will regain all or more weight than they intended to drop at the start.  The problem with most diets rarely works to maintain the lost weight over time because the body fights back with hunger when we create a calorie deprivation.  Calorie deprivation will result in increased hunger and reduced metabolism.  Lower carbohydrate levels may be the cure for this barrier. 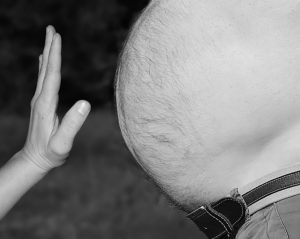 The new study was published in BMJ in October of 2018[1] and was entitled “Effects of a low carbohydrate diet on energy expenditure during weight loss maintenance: a randomized trial.”  The objective of the trial was to determine the effects of diets varying in carbohydrate to fat ratio on total energy expenditure and weight loss maintenance.  The researchers performed this research study from 2014 to 2017 in two US cities.  They enrolled 164 adults with a body mass index of at least 25 into a randomized controlled study.

The study had two phases with a weight loss and weight maintenance phase.  To be included in the final part of the study, subjects had to have a 10-14% weight loss.  The measures used for success in this study were total energy expenditure, maintaining target weight loss, resting energy expenditure, measures of physical activity, and levels of the metabolic hormones leptin and ghrelin.  It makes sense that if you burn more calories, you should lose more weight and maintain it longer unless you eat more calories.

After weight loss of the diet, participants were randomly assigned to one of three test diets that included 60%, 40%, or 20% carbohydrate diet for 20 weeks. The test diets varied the amount of protein to maintain equivalent caloric content to maintain weight loss.  If higher protein consumption does not affect metabolism and energy expenditure and calories are just calories no matter the source, the subjects should have kept the same weight.

The results of this study were enlightening.  The researchers found that for every 10% decrease in carbohydrates, there was a 53 calories increase in Calories burned with the lowest carbohydrate group having the most significant benefit with an increased expenditure of 250 Calories per day.  Interestingly, in participants with the highest pre-weight loss insulin levels, the difference between the low and high carbohydrate diet was 308 Calories per day. Both ghrelin and leptin were significantly lower in participants assigned to the low carbohydrate diet.

So what?  The what is in the math.  A deficit of 250 calories is not a huge deficit and it is only equivalent to the average candy bar or ice cream serving.  No, you cannot have a serving of one or the other every day.  That would defeat the benefit of a low-carb diet.  The deficit of 250 calories will get you better weight maintenance and a weight loss of 26 pounds per year.  Eventually, your weight will reach equilibrium but you get the point.

It is important to note that not all carbohydrates are the same.  Today, as I stated above, we are increasingly reaching for processed foods instead of the whole foods our predecessors ate.  These shelf stable artificially created foods with their lower quality of nutrition and fiber are likely causing irreparable harm.  I would like to see a lower carbohydrate study that looks at whole foods and higher fiber intake as the source of the carbohydrates.

The bottom line:  Lowering dietary carbohydrates increases energy expenditure during weight loss maintenance.  This metabolic effect will improve the success of obesity treatment but should be especially useful in those with higher insulin levels such as metabolic syndrome and diabetes type 2.  This type of diet is not a panacea

because it does take significant preplanning of meals and discipline.  I would recommend that you discuss any dietary changes with a medical provider to see if they are right for you.

I suggest that you pick you carbohydrates wisely.  Foods that are high in processed simple carbohydrates such as bread (most), cake, candy, crackers, cookies, desserts, doughnuts, ice cream, pasta, and pastries should be limited.  These foods are readily absorbed with minimal processing by our bodies.  Ingestion results in rapid blood sugar increases, insulin spikes, and rapid fat deposition (insulin causes this).  The fiber in the more less processed complex carbohydrates slows digestion and absorption; thus there is no insulin spike.  I usually use 3-4 grams of fiber per serving an indicator of less processed foods.

Research: Vitamin D is not the answer to assist with weight loss.

Editorial: Diets are not one size fits all

Be the first to comment on "Research: Reducing carbohydrates can help you maintain weight"