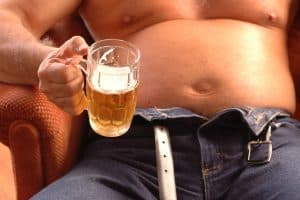 Taxing sodas is not a new idea.  It has been mentioned off and on every several years for as long as I have been alive.  The idea is that if you tax it enough, it will reduce consumption.  Well, it worked for tobacco, so it should work for soda, right?  Taxing soft-drinks may reduce their consumption and sales, but the tax may also have other effects that you might not have considered.  The problem is that tobacco is one in which there very few alternatives.  I’m not what you would consider a soda tax fan, but then again I am not a soda fan either.  I have long railed on both soda taxes as being a poorly conceived notion to punish the drinkers of soda.   The idea that a sin tax would reduce the sales of sugar-sweetened beverages is bogus because there are multiple alternatives that may even be worse for you than soda.  New research appears to confirm the notion that soda taxes are unlikely to work.

The research, entitled “Effect of increasing the price of sugar-sweetened beverages on alcoholic beverage purchases: an economic analysis of sales data,” was published by the British Medical Journal in December of 2017[1].  The study looked at data from nearly 32,000 households from January 2012 to December 2013 before and after the implementation of a soda tax.  The researchers found that an increase in the price of sugar-sweetened beverages did reduce sales but was associated with an increase in the purchases of lager and other alcohol-containing drinks.  There was some variability in alcohol purchases based upon the level of sugar in taxed beverages.  The most interesting observation was that the effects of price rises are greatest in the low-income group.  The lower income group was more likely to purchase juices and lager in place of the taxed beverage.

The bottom line:  Increasing the price of soda will lower soda consumption, but it may just result in the purchase of another less healthy option.  It may result in more alcohol or juice purchases.  Further study is needed, but this study is just one more reason to fully analyze any sin taxes before implementation.  The effects of increased alcohol consumption are of particular concern, but also many of the choices can contain similar or greater amounts of sugar than the taxed beverage.  If improved health and decreased obesity is the goal, changes in consumption of alcoholic drinks may reinforce or negate the intended effect of the tax.

Be the first to comment on "Research: Soda taxes may increase alcohol sales"