Weight loss plans should be individualized. 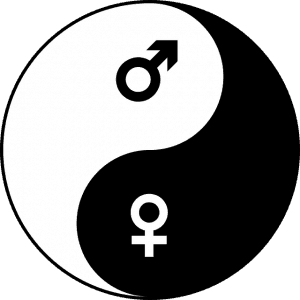 Overweight/obesity is one of the major public health concern young adults in the United States.  The prevalence of obesity in the 20-39-year-old group is  60.3%[1].  If this rate continues to remain at this level of increase, the results could be catastrophic for our country and the world.  The problem with most diets that exist today is that they are too uniform to be successful in all of the population.

One recent study sought to examine the differences between gender and race as they relate to nutritional habits and self-efficacy in a population of diverse young adults[2].  This study looked at the data from the From the Young Adult Weight Loss Study.  Participants in the study included  62 young adults that encompassed a population that was 29% male, 38.7% white, 33.8% Asian, and 12.9% African-American.  This study used questionnaires and 24-hour recall to examine dietary habits nutritional knowledge, and self-efficacy for both healthy eating and physical activity.    The study found that males had a higher consumption of sodium compared to females.  There was also no significant differences across racial subgroups or self-efficacy for exercise.  Higher self-efficacy scores for healthy eating were significantly associated with less total sodium, greater fruit consumption, and less saturated fat. Of note, the research also showed that female patients ate more fiber, had less sodium, ate less saturated fat, and ate more fruit per day.  Females ate more sugar.  The researchers felt that results indicate that weight loss interventions should be individualized and that there may be specific areas to target that are different for men and women.

The bottom line: The results show that diets differ between genders, so it makes sense to individualize a diet for each person.  This result is not surprising because women tend order solids more and meet less when in restaurants.  These results are not universal for every male and female, but there is a clear trend.  The surprising result was that women, in this study, tend to eat more sugar.  I suspect that if a larger study were performed that we might see some differences among races.  Clearly, a larger more robust research study is needed.

Editorial: Your Weight Loss May Benefit Your Spouse

Be the first to comment on "Research: Successful weight loss techniques are different between genders."