The Southern diet is linked to a higher risk for hypertension. 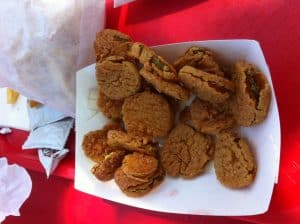 The fact is that most of us love the Southern diet.  I grew up enjoying my Grandmother’s fried chicken and mash potatoes with gravy.  She was a fantastic cook, and the meals were almost as fulfilling as the family gatherings in which we enjoyed them  Restaurants such as Bob Evans and Cracker Barrel have made millions through menus that focus on their delicious meals.  Heck, Paula Dean made millions showing the world how to make them at home.  The rich gravies and fried food really do you taste buds right, but unfortunately, these meals are terrible for your waist and health.

Illnesses have been thought to be tied to the Southern diet include hypertension, diabetes type 2, and heart disease.  Considering the high prevalence of hypertension is a major contributor to a difference in life expectancy between the US black and white populations.   The causes for the higher incidence of hypertension among black adults is unknown but has widely suspected to be diet and lifestyle.  New research published in October of 2018 in JAMA drives appears to show a direct tie to the Southern diet that is beloved by many Southern families[1].  The study is a prospective cohort study of black and white adults selected from a group of 30 239 participants in another study performed from 2003-2007.  The subjects were found to not having hypertension at the start of the study.   The researchers looked at potential risks that included 12 clinical and social factors to include diet.  The diet was judged on a scale of “Southerness” in which a higher number meant that it a higher fried and related food content.  In the study, the researchers found that black males were more likely to eat a diet higher in Southern type foods.  White women were the least likely.  In the middle were black women and white men respectively.  The researcher also found that the Southern dietary pattern was the largest mediating factor for differences in the incidence of hypertension and it accounted for 51.6% increased risk.  Other risks that increased the risk were, elevated BMI, high sodium intake, lower education, increase waistline, and lower income level.

The bottom line:  The Southern diet is terrible for you and is probably linked to more than high blood pressure and obesity.  None of the results should really surprise us.  The Southern diet is high in fat and processed foods so it only makes sense that it would lead to an increase in hypertension and cardiac equivalent diseases such as Diabetes type 2 and coronary artery disease.  Black adults have a higher rate of high blood pressure than whites, and they tend to eat a diet that is more like the Southern pattern.   The question is if the diet causes obesity which results in a higher blood pressure or is the diet directly link to high blood pressure.  Also, is the diet more commonly eaten by black Americans and a cause of hypertension or is it just a coincidence.  More research is needed, but this is one more reason the clean up your diet and to skip the fried pickles.

Research: Fat is not as bad as we have been told.

Research: Eating less may enable us to live longer

Be the first to comment on "Research: The Southern diet is more than just terrible for your waistline"