New research points to a vegan diet as a solution for elevated weight and obesity. 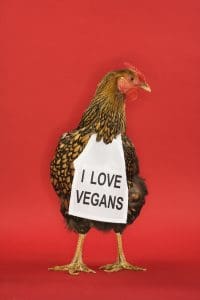 The biggest nutritional argument of the past twenty years has been between the low-carbohydrate and low-fat crowds.  There is plenty of research to back up both sides claims that each is superior for a multitude of conditions or desired end states.  The basics of both are that the science behind nutrition appears to support both arguments.  This fact creates a lot of room to argue that one is better than the other.

The new research looks at the effects of carbohydrates on body weight, and insulin sensitivity is controversial. In this 16-week randomized clinical trial, we tested the role of a low-fat, plant-based diet on body weight, body composition, and insulin resistance.  It was published in the journal Nutrients in September of 2018.  In the study, researchers investigated the role of changes in carbohydrate intake on body composition and insulin resistance.  Seventy-five subject participated in the study.  The participants were randomized to follow a plant-based high-carbohydrate, low-fat vegan diet or to maintain their current diet.  Body composition was measured with dual-energy X-ray absorptiometry.  Insulin resistance was assessed with the Homeostasis Model Assessment index. A repeated measure ANOVA model was used to test the between-group differences from baseline to 16 weeks. A linear regression model was used to test the relationship between carbohydrate intake.  The researchers found that the weight decreased significantly in the vegan group with a loss of 6.5 kg.  Fat mass was reduced in the vegan group by 4.3 kg.  Insulin resistance was also reduced significantly in the vegan group.  Changes in consumption of total and insoluble fiber correlated negatively with changes in body mass index, fat mass, and volume of visceral fat.

A higher intake of carbohydrates and dietary ﬁber, as part of a plant-based, high-carbohydrate, low-fat diet, should lower your cholesterol and if cholesterol is the culprit, then it would make sense that it would lower your risk of heart disease.   Any diet that lowers your weight would also be associated with lower risk of insulin resistance and diabetes.  Not all vegans eat the same, so it is somewhat incorrect to lump them all together.  The key to a healthy vegan diet is adding plenty of fiber and avoiding processed carbohydrates.

The same can be said to be true for low-carbohydrate diets.  It makes sense that a low-carbohydrate diet would also lower your risk for diabetes and cause weight loss because they lower insulin levels and insulin resistance over time.  They do this by reducing your carbohydrate intake.   Most low-fat advocates argue that saturated fat is the evil that causes heart disease, but this fact has been long since debunked.  Unfortunately, saturated fat is not the cause, but a reduction in fat mass and insulin resistance in overweight individuals should be beneficial regardlessly.

The bottom line: An increased carbohydrate and fiber intake, as part of a plant-based high-carbohydrate, low-fat diet, are associated with beneficial effects on weight, body composition, and insulin resistance.  It is important to note that you cannot prove a causal relationship between carbohydrate intake and metabolic outcomes from this study.  I would say that more research is needed.  I would like to see one that looks at the quality of the vegan diet and the quantity of processed food eaten.

Research: Red meat is not bad for your heart.

Be the first to comment on "Research: Vegan diet may assist with weight loss and insulin sensitivity."