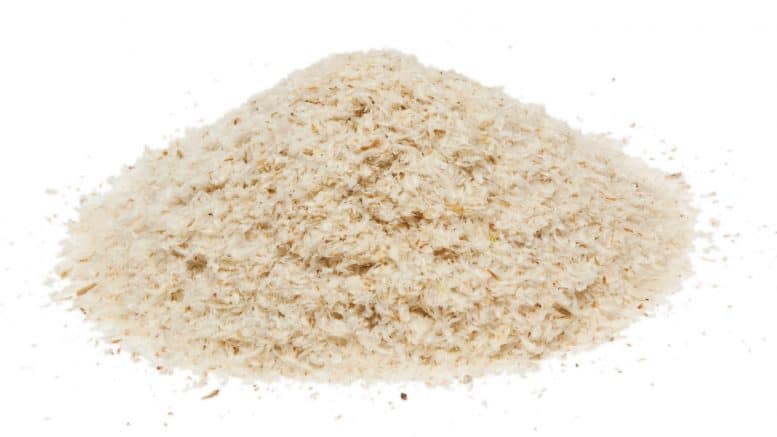 Psyllium can help with weight loss!

Dietary fiber seems to help lower levels of LDL cholesterol, possibly by absorbing fat in the gut or by binding sugars to carbohydrates.  Fiber can come from beans, oats, produce, and whole grains or you can add a supplement.  I recommend whole foods, but if you are dieting, the fiber you need may be difficult to acquire at high levels.  But Metamucil, Benefiber, and Citrucel all can add fiber but psyllium is the one that is what we are here to discuss, and that is found in Metamucil.  Psyllium supplements contain blond psyllium seeds husks can also help cut cholesterol levels, as well as ease constipation and soften the stool, and perhaps help control high blood pressure, diabetes, cancer, weight control, and kidney disease.  Talk to your doctor first because, as with other supplements, Psyllium can interfere with the action of certain medications.

Psyllium is the common word used to refer to fibers taken from the plant known as Plantago ovata or Plantago psyllium.  The fiber is characterized by being water-soluble (hydrophilic) and gel forming while possessing low fermentability.  It is commonly sold under the brand name Metamucil.

Psyllium is proven to increase fecal size and moisture, and this makes sense because fiber keeps water into your colon.  Psyllium is used clinically as a bulk laxative, an agent that has laxative effects but is secondary to increasing fecal size.  It is a gentler laxative when compared to chemical agents like caffeine or Senna.  This bulk occurs due to water and gas absorption in the small intestines and colon to give the stool more size and softness.  This bulk is retained in the colon because psyllium is poorly fermented by bacteria in the colon. The most common characteristics of stool following supplementation of psyllium are soft, slim, and passable. You will require less bearing down to pass them.  Psyllium appears to be more effective at forming feces and appears to be one of the few fiber sources not associated with excessive flatulence.  Chicory root, in particular, is associated with more flatulence.

I have already written about fiber and weight loss and a tip about filling up on fiber.   The question from this visitor is slightly different.  They want to know specifically about psyllium, so let’s review the research.

The bottom line: Although the evidence is conflicting, psyllium should help with weight loss.  There are enlight positive effects for carbohydrate absorption and cholesterol-lowering to indicate that we all should add psyllium to our diets.  More research is needed on weight reduction, but with the appetite effects from multiple studies,  it would be surprising if psyllium does not reduce weight.  The problem really is that there is not a financial incentive to study the effect.

Research: Many Commercial Weight Loss Programs Too Good to Be True

Be the first to comment on "Visitor Question: Will psyllium help with weight loss?"